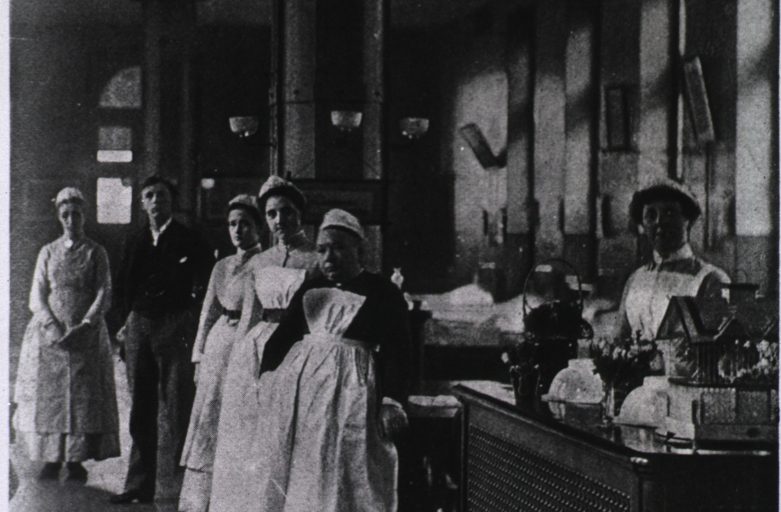 Much bruhaha about nursing and nurses is flying around in the Twittersphere at the moment.

I suspect that when it all comes out in the wash, what we will have is a raft of clinicians who have a variety of knowledge, skills and education, all of whom will be happily delivering care at a level they are content with. Perhaps more importanly, they will be delivering the care and compassion that our patients want.

Given that nursing is changing, some may say into a role that is not actually nursing, it is perhaps timely to remind ourselves why being a student of the ‘apprentice’ style training (circa 1930-1983), wasn’t so bad. According to tales from those that have gone before us, it was damned hard work, the hours were long, the days off were few, the ward Sisters/Charge Nurses, but mostly Matrons, were tartars whose sole job it was to make your life a misery, you couldn’t get married if you were still training and if as a staff nurse you married, you were immediately put on a 3-month stint of nights, equipment breakages were paid for out of your meagre salary and.. well, the list goes on. But there were good times too:

However, what is shiningly obvious is that on the whole, we loved it. And perhaps we don’t want it to change because it was fun. You got to  know your patients well. You were part of a caring team and when it all went well, it was great, but when it went a bit wrong, you had the support required. And really, so what if you were shouted out by the night sister because your cap had fallen off during a resuscitation and ‘you don’t look very professional’? You just moaned about her over a snatched coffee and swapped the Cadbury’s for some Elax… (not really)

+Actually, the sewerage plant I visited has been converted into trendy flats…